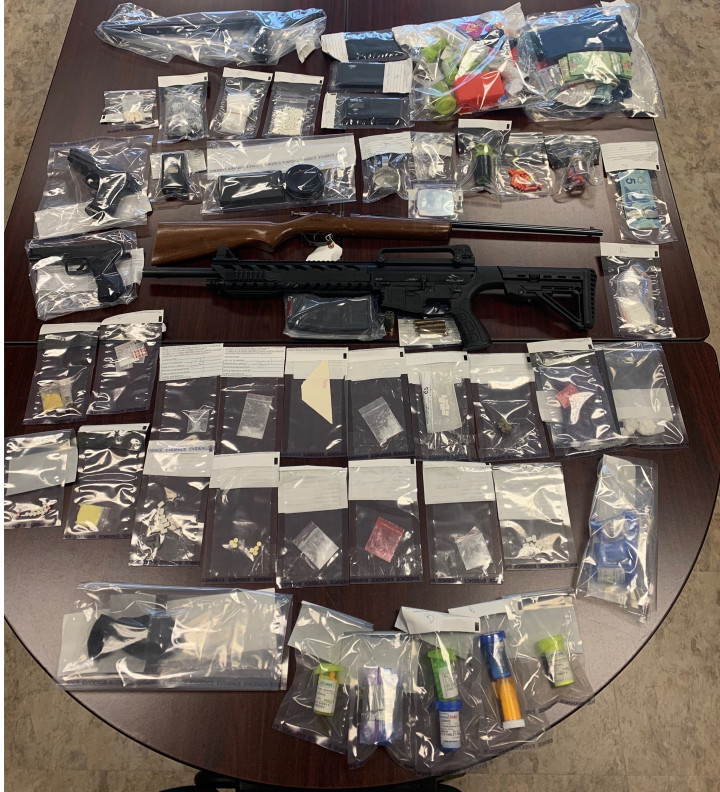 Nine people have been arrested and a variety of drugs seized, as well as firearms and a prohibited weapon, as part of an ongoing drug trafficking investigation in the West District.

On September 23, 2020, at approximately 6 a.m., members of the New Brunswick RCMP executed six simultaneous search warrants at residences in Perth-Andover, Johnville, Tobique Narrows, and on the Tobique First Nation.

During the searches, police seized quantities of drugs believed to be cocaine, heroin and crystal methamphetamine, as well as pills believed to be hydromorphone and methamphetamine. Police also seized illegal cannabis, two firearms, one of which was loaded, ammunition, a conductive energy weapon, and drug trafficking paraphernalia.

Three of the individuals appeared in court by way of a tele-remand on September 24.

Forty-four-year-old Shannon Perley, from the Tobique First Nation, has been charged with possession for the purpose of trafficking in hydromorphone.

Nineteen-year-old Brandon Schriver of Johnville and 44-year-old Timothy Sappier from the Tobique First Nation were each charged with breaching an undertaking to a police officer.

All three were remanded into custody and are scheduled to appear in Woodstock Provincial Court on September 25 at 10 a.m.

The other six individuals were released on documents to appear in court on December 8, 2020.