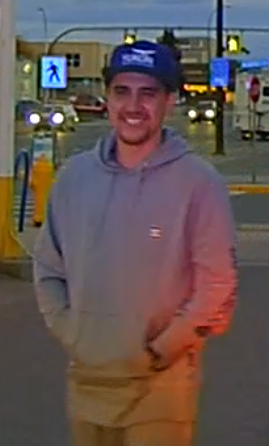 On the evening of September 24th, 2020 at 7:44 pm, members of the Whitehorse RCMP were dispatched to several calls from concerned Whitehorse citizens about a Black Dodge Ram pickup truck travelling in the downtown Whitehorse area.

The occupants of the vehicle were pointing a handgun and recklessly operating the motor vehicle. Police quickly located the vehicle outside of a local liquor off-sales business and were engaged in the arrest of the driver before he fled the scene on foot and later by conveyance.

Police continued to search for the suspects, finally locating them on the highway outside of Carcross. The vehicle that was being operated by the suspects was abandoned and the driver fled again on foot. Three passengers of the vehicle were arrested and held pending investigation.

Upon searching the vehicle, police located an imitation handgun. With the assistance of the Yukon RCMP Police Dog Service, a track for the suspect at large was started and proceeded throughout the night. This search has now been concluded. The previous two releases can be found here and here.

Police are continuing to ask the public for assistance in locating the driver involved in this incident, pictured here. He is described as:

The investigation is continuing and information to the public will be forthcoming as the RCMP progress this investigation.