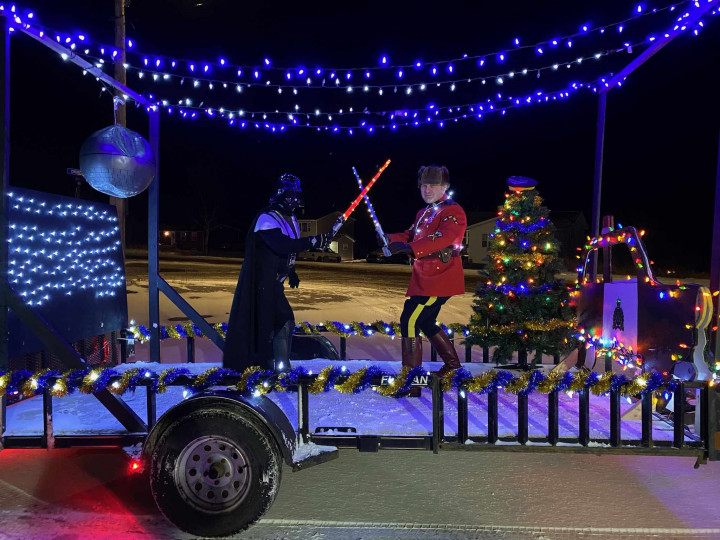 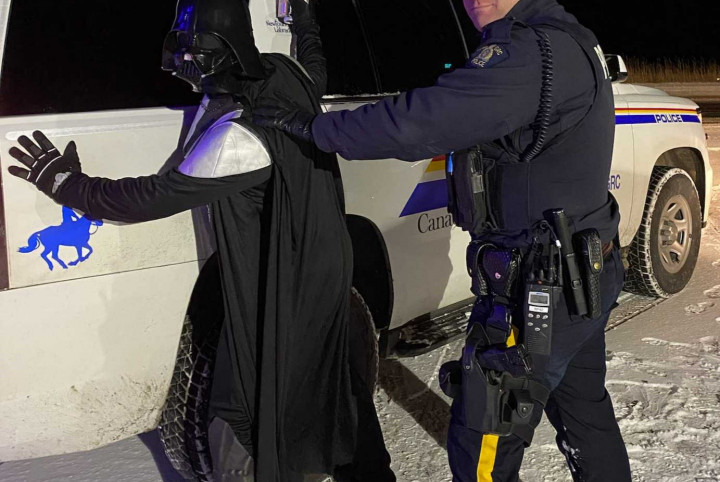 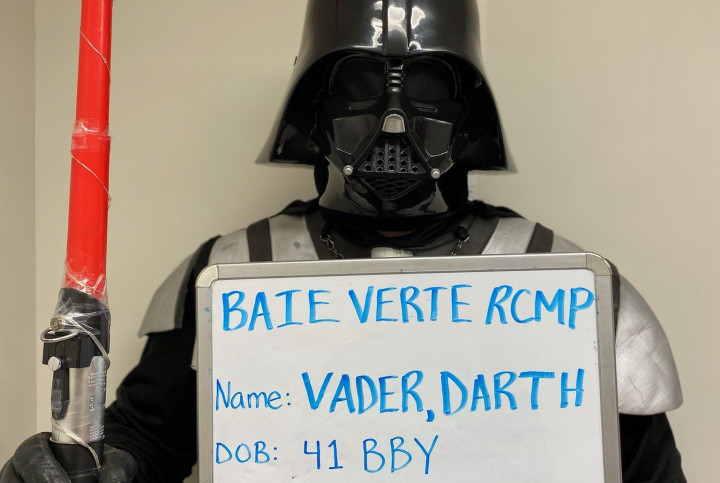 Residents of Baie Verte and surrounding areas are breathing a sigh of relief with the arrest of a high profile villain by Baie Verte RCMP on December 4, 2021.

On that day, the RCMP received a complaint at approximately 6:00 p.m. that the menacing villain Darth Vader had invaded the community of Baie Verte in an effort to disrupt the Christmas parade. RCMP police officers responded immediately, locating Darth Vader on a float at the parade.

The "Force" was certainly with Sergeant Doug Hewitt as he valiantly fought Darth Vader in an epic lightsaber battle that took place during the parade as it moved through the streets. Citizens were dazzled by Sgt Hewitt's lightsaber wizardry and cheered when he eventually defeated the Lord of the Dark Side.

Darth Vader was arrested and taken to the detachment where he is being held in custody. He is scheduled to appear before the Galactic Republic Court for an extradition hearing back to his Galaxy.