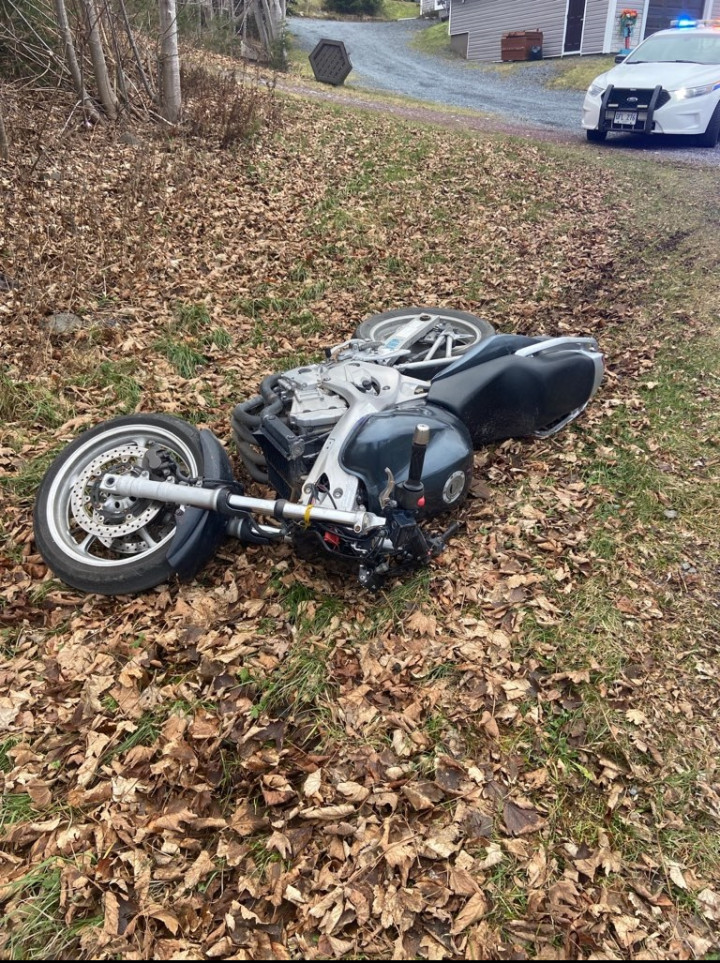 Harbour Grace RCMP is investigating a motorcycle crash that happened on December 8, 2021, involving a suspended driver in Carbonear.

Shortly after 1:30 p.m. on Wednesday, police responded to the report of a single-vehicle motorcycle crash on O'Driscolls Lane and attended the scene. The driver, a 42-year-old man who was suspended from driving, suffered non-life threatening injuries. He was transported to Carbonear General Hospital for treatment.

The motorcycle was unregistered and uninsured. It was seized and impounded and charges under the Highway Traffic Act are pending.

The investigation is continuing.