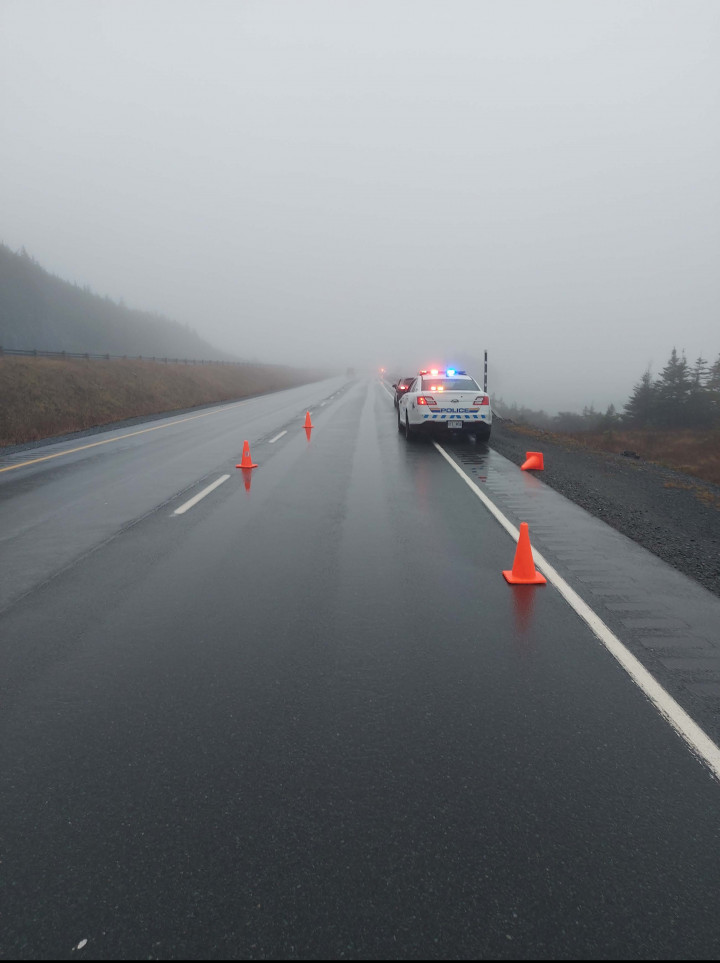 A Holyrood RCMP officer, who was sat in a marked police vehicle with emergency lights activated, investigating a single-vehicle crash on the Trans Canada Highway (TCH), was nearly struck by a passing motorist on November 25, 2021.

On Thursday afternoon, at approximately 2:30 p.m, the officer was parked on the side of the highway, partially in the westbound lane, near the Holyrood Access. A vehicle passing by the scene of the crash ran over a number of pylons that were placed around the patrol vehicle to create a safe working space and nearly struck the police vehicle. The vehicle came to a stop and the officer approached the driver, a 79-year-old man, who was laughing at what had just happened.

The man was ticketed under the Highway Traffic Act for failing to move over and for driving without due care and attention. A request for a medical review of his driver's licence has been issued.

Traffic enforcement continues to place police officers at risk. Our officers have family and friends who wait their safe return at the end of each shift. RCMP NL reminds motorists of the requirement to slow down and move over when approaching emergency workers who are stopped on the roadway with emergency lights activated.