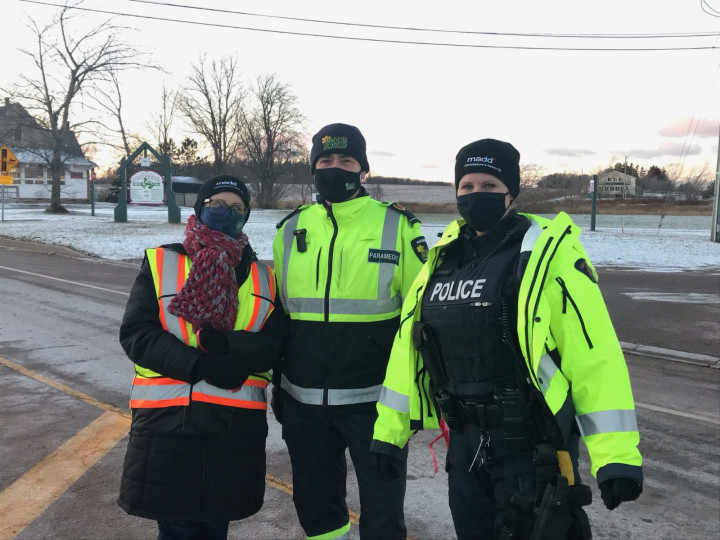 The PEI RCMP conducted an enforcement operation targeting impaired drivers, and were joined by MADD PEI volunteers to help share the message about the importance of driving sober.

On December 4, 2021, PEI RCMP, conducted traffic enforcement across the Island as part of National Impaired Driving Enforcement Day. During the operation, six drivers were arrested for impaired driving, two of which were arrested for impairment after failing a roadside drug screening device. The recent addition of a new screening device has been a helpful tool in combating drug-impaired driving. Two drivers were also issued a seven-day driver's license suspension for driving while under the influence of alcohol.

"As the holiday season approaches, we are increasing our enforcement efforts across the Island to ensure that motorists are abiding by the rules of the road," said Sgt. Chris Gunn with the PEI RCMP. "We want everyone to get to and from their destination safely. Driving sober, or having an alternate way home when under the influence can prevent a serious or fatal collision."

The public plays an essential role in keeping our roadways safe. If you suspect or are aware of an impaired driver, please call 9-1-1 immediately in a safe manner. Providing as much information as possible regarding the vehicle, driver, location, and direction of travel can help police get impaired drivers off the road.