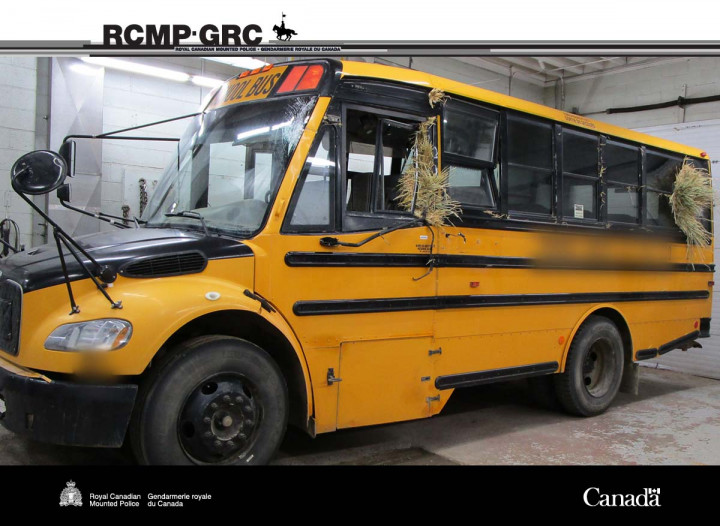 On December 2, 2021 around 8:15 in the morning, Assiniboia RCMP received a report from a school bus driver who said they were driving south of Flintoft when a semi-truck hauling hay collided with it. The semi-truck then left the scene.

There were children on the bus at the time, along with the driver, and thankfully no injuries were reported to police as a result of this incident.

The driver of the semi-truck called Assiniboia Detachment shortly after the incident occurred. As a result of investigation, the driver has been charged with one count, Drive Without Due Care and Attention, section 213(1) of the Traffic Safety Act.