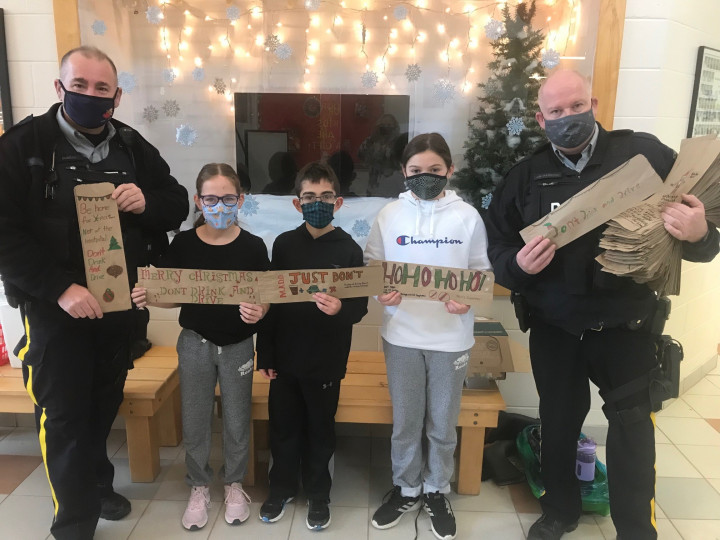 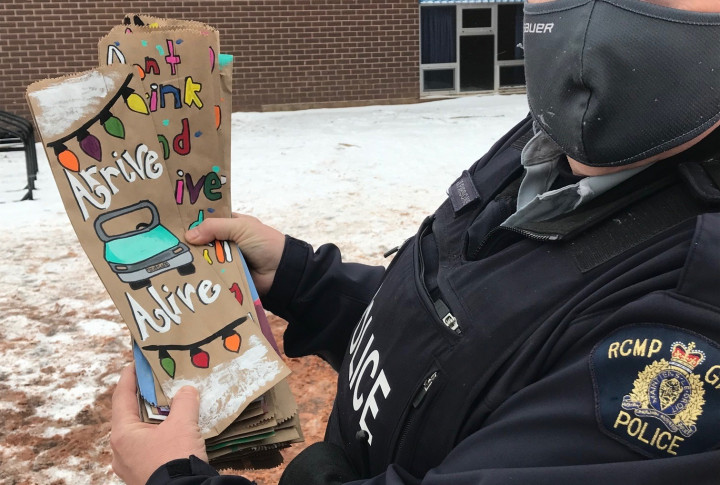 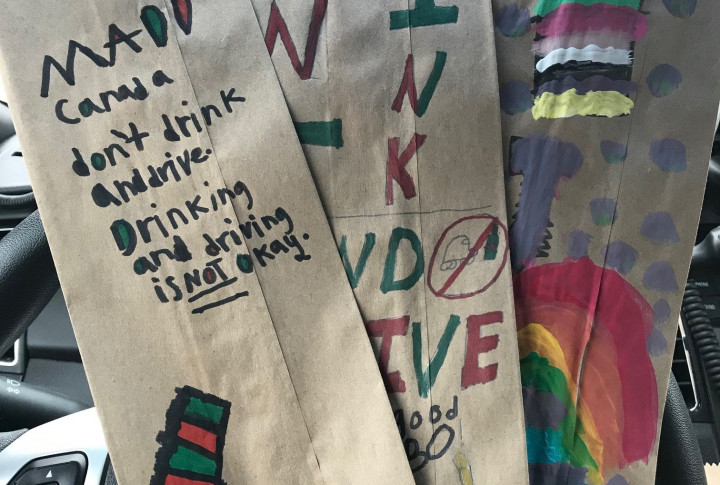 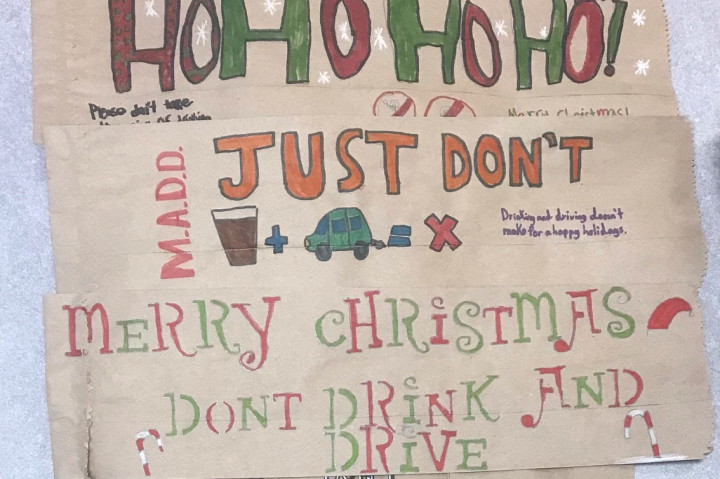 Islanders who attend a local liquor store this month may get more than what's inside the bag. This holiday season, Cst. Jamie Parsons and students across Prince Edward Island are teaming up to send an important message to Islanders who purchase and consume alcohol.

Cst. Parsons, a member of the RCMP Provincial Priority (Traffic) Unit, was inspired by a campaign in other jurisdictions where students drew pictures and sober driving messages on bags that were later used to package liquor store purchases. He approached the Prince Edward Island Liquor Commission and local school boards in early December about implementing the idea here.

"The PEI Liquor Commission loved the idea, and gave us thousands of brown paper bags for students to decorate," says Cst. Parsons. "My partner, Cst. Stephen Duggan, and I then visited schools to hand out the bags and explain the idea. The teachers were so supportive, and when we attended the schools, the students were very excited to help with this project."

Last week Cst. Parsons and Cst. Duggan returned to the schools and retrieved more 2500 bags with hand-drawn, colourful messages about Christmas and sober driving. Messages include "Merry Christmas, Please Don't Drink and Drive," "Don't Mix Cheers With Gears," and "Think of Me."

"I don't know of a more powerful message than a young child asking would-be drunk drivers to think about them before getting behind the wheel while impaired" says Cst. Parsons. "I'm so impressed with the creativity of the students, and the time they put in sharing these important messages.

The bags will be in circulation in the coming weeks.