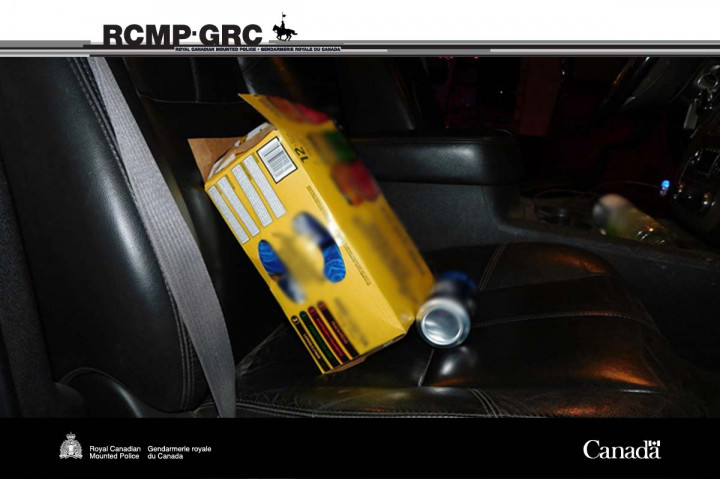 From 11:30 p.m. on December 9 to 2:00 a.m. on December 10, officers located and charged three impaired drivers. Their vehicles were also impounded for 30 days and their driver's licenses were suspended indefinitely.

One of the drivers had a pack of hard iced tea and empty cans in the passenger seat beside him.

Officers from the Maidstone RCMP and the Saskatchewan RCMP's Roving Traffic Unit were conducting a cooperative "Safer Roads, Safer Communities" enforcement blitz in the area.

"This initiative focused on ensuring the roads in the Maidstone area were safe for everyone travelling on them. Despite constant messaging about the dangers of driving while impaired, these incidents show there are still people making poor choices that endanger not only themselves, but others around them," says Cpl. Bryce Pender from the Roving Traffic Unit. "That's why the Saskatchewan RCMP is committed to locating and removing these drivers from the road – just like we did last night."

He reminds everyone, particularly as we celebrate during the holidays, to plan ahead if you're consuming alcohol or cannabis. Appoint a designated driver, take transit or a cab, or stay the night if there is no safe ride home.