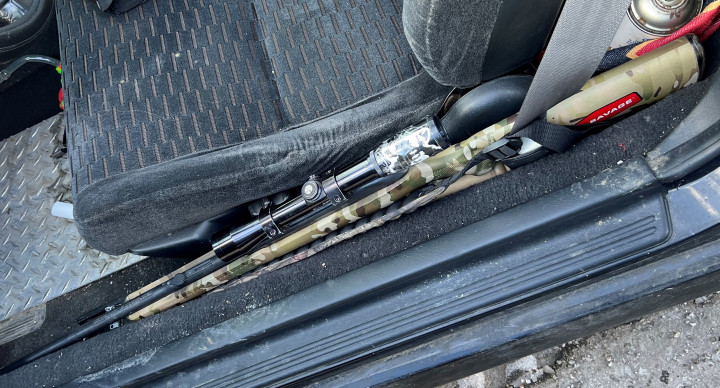 On March 10, 2022, Airdrie RCMP Crime Reduction Unit were on patrol when they recognized a male who they knew to have outstanding warrants in a vehicle in the Reunion neighborhood, located in Airdrie. Members intercepted the male in a parking lot, and he was arrested without incident.

A search of the vehicle incidental to arrest led to officers locating a loaded rifle along with numerous tools that police believe were intended to be used as break-in instruments.

A 27-year-old male of Red Deer was charged with 12 offences, some of which include the following:

After a judicial hearing, he has been remanded into custody and will appear in Airdrie Provincial Court on March 14, 2022.