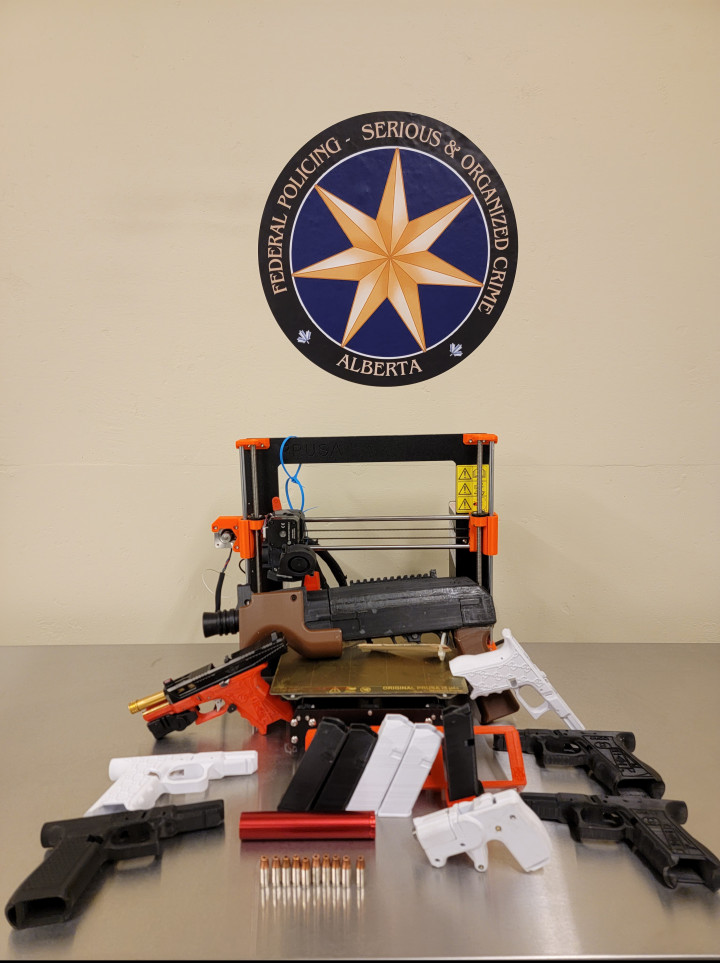 On Feb. 16, 2022, Canada Border Services Agency (CBSA) officers at the Vancouver International Mail Centre intercepted a parcel arriving from China that contained a prohibited component for a firearm.

A subsequent joint investigation involving the Alberta RCMP Integrated Border Enforcement Team and CBSA resulted in a search warrant executed at a residence in Parkland County on March 8, 2022, with the assistance the Alberta RCMP Emergency Response Team and the Parkland RCMP.

As a result of the search, the following items were seized:

A 25-year-old male of Stony Plain has been charged with a total of 13 offences under both the Criminal code and Customs Act (inclusive of smuggling) including:

"This is just one example of the great collaborative investigations between the RCMP and CBSA that has lead to the seizure of illegally imported and manufactured firearms and components," said Superintendent Chad Coles, Officer in Charge of K Division's Federal Serious and Organized Crime – Integrated Border Enforcement Team. "The law enforcement community has seen a troubling trend in the increased use of 3D printers to manufacture gun parts. We will continue to investigate these matters to contribute to the public safety we should all enjoy in Canada."

Following a judicial hearing, he was remanded into custody. His next court appearance is scheduled for March 23, 2022, in Stony Plain Provincial Court.

As this matter is now before the courts, no further details can be provided.