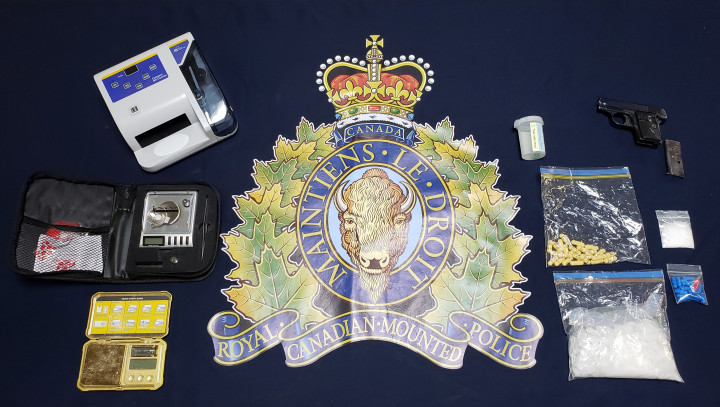 The Codiac Regional RCMP has seized various drugs and an unsecured and loaded firearm in Moncton, N.B. in connection with an ongoing Miramichi Police Force drug trafficking investigation.

On March 15, 2022, a 40-year-old man, a 32-year-old woman, and a 35-year-old man, all from Moncton, were arrested in Miramichi by the Miramichi Police Force and are in custody in connection with the ongoing investigation.

Subsequent to the arrest and in connection to the investigation, on March 16, at approximately 9:20 p.m., members of the Codiac Regional RCMP's Crime Reduction Unit executed a search warrant at a business on Mountain Road in Moncton. During the search, Codiac Regional RCMP seized quantities of what is believed to be crystal methamphetamine, hydromorphone pills, and fentanyl. Police also seized an unsecured loaded handgun and drug trafficking paraphernalia.

This investigation and seizure was a result of the collaborative police work of Codiac Regional RCMP and the Miramichi Police Force. These efforts focus on disrupting and dismantling the trafficking of illegal drugs in our province, targeting those causing the most harm in our communities.