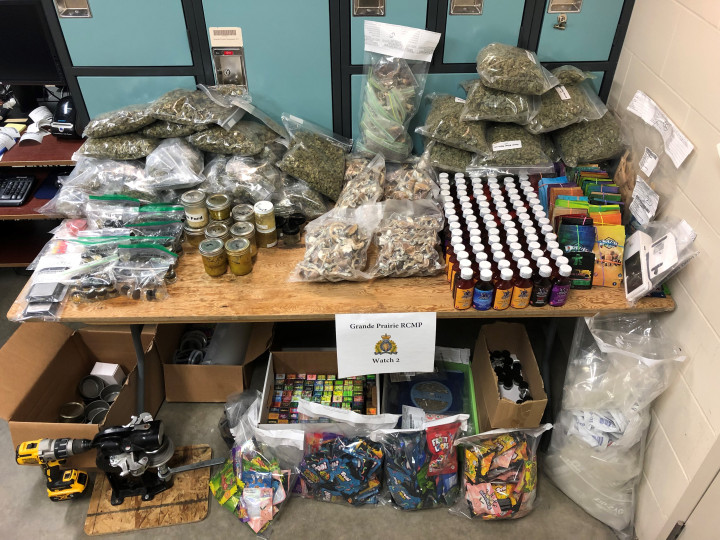 Officers patrolling the area located a male youth matching a suspect description and was subsequently arrested. The other suspects were not located.

While inside the residence, officers observed several indicators of drug trafficking, which resulted in the male resident being arrested. A search warrant was obtained for the residence.

During the search of the residence, several items were seized including what is believed to be:

A 28-year-old male of Grande Prairie has been charged with:

A 16-year-old male youth, who cannot be named under the Youth Criminal Justice Act, was charged with: