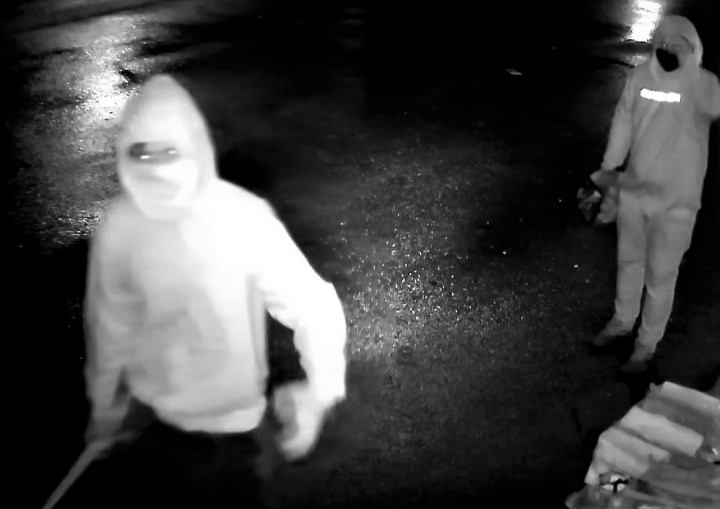 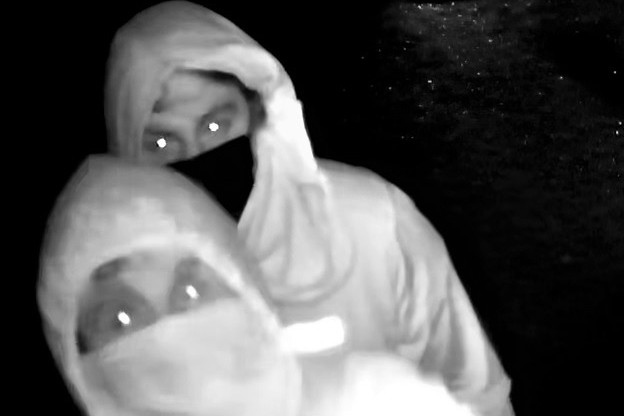 Pictou County District RCMP is asking for the public's help in identifying two men in relation to a break and enter and theft at a store on Hwy. 376 in Lyons Brook.

Shortly before 6 a.m. on March 13, 2022 officers responded to a break and enter at a convenience store on Hwy. 376 in Lyons Brook. Police learned that two men gained entry to the store and stole approximately $3,000 in cigarettes and cash.

The first man is described as white with a slim build. He was wearing a blue hooded sweater, with white lettering on the left arm and white lettering on the upper right shoulder, dark boots and a white non-medical mask. The man was carrying a wooden baseball bat with a black ring around the middle of the bat.

The second man is described as a white man who was wearing a dark-coloured hooded sweater, a red t-shirt underneath, and blue jeans.

Anyone with information about this incident is asked to contact the Pictou County District RCMP at 902-485-4333. Should you wish to remain anonymous, call Nova Scotia Crime Stoppers toll free at 1-800-222-TIPS (8477), submit a secure web tip at www.crimestoppers.ns.ca, or use the P3 Tips App.