May 6, 2022
Corner Brook, Newfoundland and Labrador 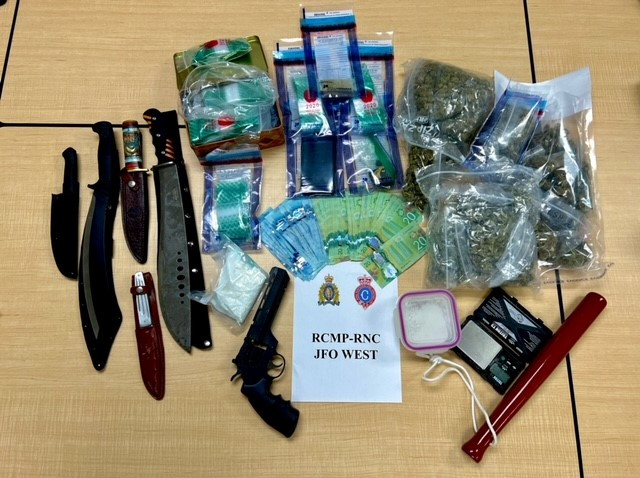 A 62-year-old Corner Brook man is facing a charge of possession for the purpose of trafficking cocaine following a search of his residence on May 4, 2022, by the RCMP-RNC Joint Force Operation West (JFO West).

On Wednesday evening, officers entered the Pleasant Street home with a warrant to search the property under the Controlled Drugs and Substances Act. Inside the residence, six ounces of cocaine, one and a half pounds of illicit cannabis, a quantity of cash, an imitation firearm, a number of edged weapons, and items consistent with drug trafficking, were located and seized. The man was arrested inside the home without incident.

He was later released from custody and is set to attend court in July of 2022. The investigation is continuing with other criminal charges anticipated.

JFO West, which includes dedicated police officers from both the RCMP and RNC, targets drug trafficking and organized crime on the west coast of the province.