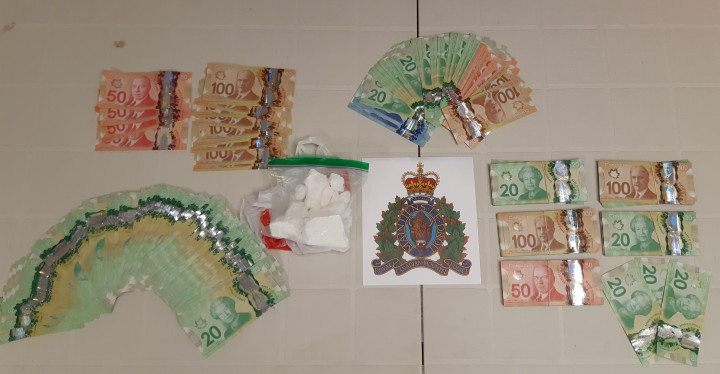 The New Brunswick RCMP has arrested three people and seized cocaine, money and other prescription drugs as part of an ongoing drug trafficking investigation in Campbellton, N.B.

On March 18, 2022, police stopped a vehicle in Campbellton as part of the ongoing drug trafficking investigation. A 31-year-old woman from the community and a 46-year-old man from Val D'amour were arrested at the scene. A third individual was arrested and later released. Subsequent to the arrests, police seized what is believed to be cocaine, other prescription drugs and money.

Danielle Leclair, 31, was charged with breach of conditions on March 19 and was remanded into custody. She is scheduled to appear in Campbellton Provincial Court on March 23 for a bail hearing. The 46-year-old man was later released on conditions pending a future court appearance on July 11.

This investigation was the result of an operation by the Provincial Crime Reduction Unit, which includes police officers from the New Brunswick RCMP and Fredericton Police Force. These efforts focus on disrupting and dismantling the trafficking of illegal drugs in our province, targeting those causing the most harm in our communities.