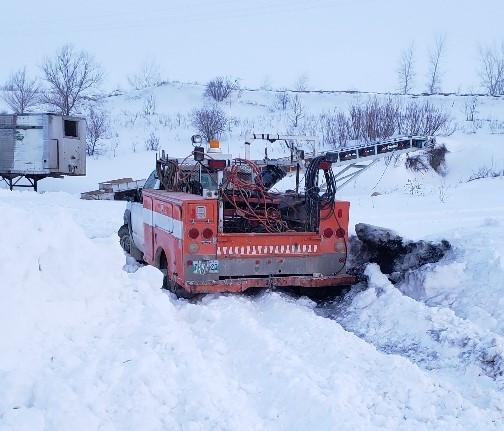 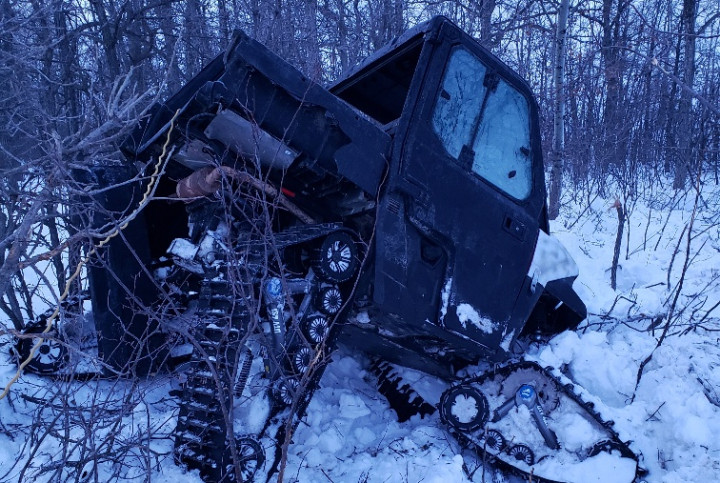 The surveillance video showed that the break-in occurred around midnight. A pick-up truck and front-end loader were stolen. The front-end loader was located down the road from the business, along with a damaged side by side.

The pick-up truck was still on the property but was stuck in the snow in a gravel pit. When officers approached the truck they noticed it was running, and there was a male who appeared to be sleeping inside. The male was arrested without incident.

A 22-year-old male from the RM of Rockwood is facing charges of Break and Enter, Possession of Property Obtained by Crime and Possession of Break-In Instruments. He was released from custody and is scheduled to appear in court on June 20, 2022.

Officers are looking to find the owner of the side by side. It is a 2019 red Polaris Ranger, which has been painted black. If you have information please call Stonewall RCMP at 204-467-5015.