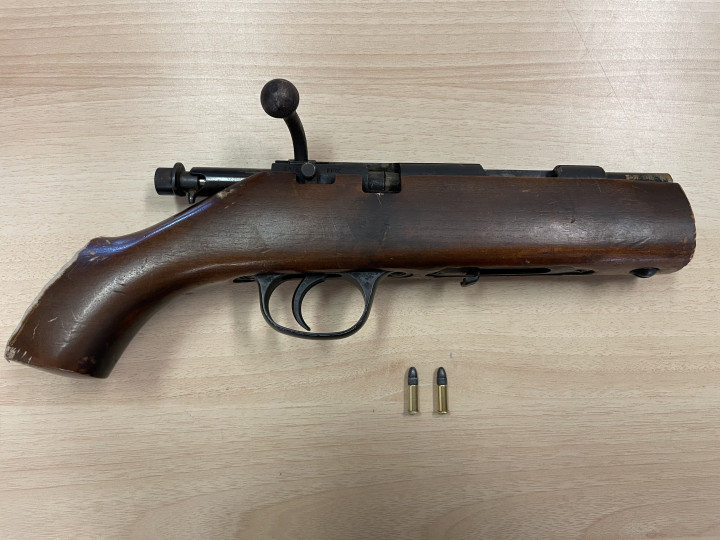 On March 16, 2022, at approximately 6:55 pm, RCMP responded to a report of shots fired, on the Main Road, on Bloodvein First Nation.

It was reported that a male was walking on the Main Road, when another male armed with a firearm and known to the victim, shot towards him. The victim ran to safety and was not injured.

Officers immediately made patrols and located the suspect. When officers approached, the suspect fled into the woods, and was seen throwing an object. Officers apprehended the suspect after a brief foot pursuit. A search of the area was completed and a loaded sawed off rifle was recovered.

During a search of the suspect and his belongings, officers located 44 grams of methamphetamine.

Nathan Duck, 25, of Bloodvein First Nation, has been charged with:

He has been remanded into custody.